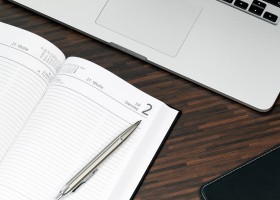 The Spanish holidays for the coming year 2019 are now officially confirmed. Mallorcan holidays are differentiated by nationwide, regional and municipal holidays. These are ten Spain-wide and two regional holidays in Mallorca. Each municipality in Mallorca can commit to two more holidays, such as the time of the local patron festivals. Regardless of the Spanish central government, the regional government lays down three holidays per year.

The 1st of March (Day of the Balearic Islands) is considered Independence Day and is celebrated with concerts on public stages and street parties. On the occasion of the religious importance of the predominantly Catholic population on the island, the 18th of April (Maundy Thursday) is the second regional holiday. On the island, events take place according to old traditions and elaborately staged festive day processions. On the most famous parade, the so-called blood procession in Palma, all brotherhoods of the island take part and drag as penitents ("Nazarenos") dressed heavy altars through the streets. The third regional holiday in Mallorca was April 22 (Easter Monday).

Municipal holidays may be chosen by individual communities accordingly. In the individual municipalities, however, 17th January coincides with the holiday. The second communal holiday in Palma and most majorcan communities was set to the 26th December (Boxing Day). Thus, the trading commission of the islands could decide about four appointments, because the Epiphany and the 8th of December (Mary's Conception) 2019 fall on Sunday anyway. The remaining eight holidays are identical throughout Spain.

With regard to official holidays, the shops and authorities remain closed, with the exception of public holidays. In heavily frequented resorts, however, shops may also be open on Sundays and public holidays.

Overview of public holidays in Mallorca for 2019: